Showing posts from February, 2015
Show all

Deep Dish Theater presented a developmental workshop of EbzB Productions'  “Native,” a new play by Triangle playwright and former Piedmont Laureate IanFinley, January 14-18.  Directed by SerenaEbhardt, the workshop continued the company's 14th season at University Mall.
“Native” is based on the true story of the collaboration between North Carolina playwright icon, Paul Green, and the celebrated novelist Richard Wright, the author most famously of Native Son.  The two men were brought together to adapt Wright's novel for Orson Welles' 1941 Broadway production, and the play explores the battle of wills that ensued.
The very successful workshop was presented with script in hand, and the text continued to evolve over the five-day run. Audience members had the opportunity – which they took enthusiastically – to share their helpful reactions to the play in post-performance c…
Read more 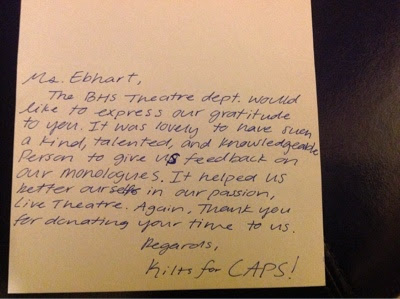