Showing posts from October, 2014
Show all

Author Timothy B. Tyson’s memoir of racial tensions in Oxford during the 1960s and 1970s has been adapted for stage by Mike Wiley, an actor and playwright based in Raleigh, NC. Blood Done Sign My Name is the second in this year’s Theatre Raleigh “Hot Summer Nights” series.

As the real-life Eddie McCoy, who attended the Thursday May 29th, performance and participated in the talkback discussion afterwards, said of the effects of the Civil Rights Act of 1964, “They didn’t just open the door up and say ‘Y’all come in, integration done come.’ Somebody was bruised and kicked and knocked around — you better believe it.” This story brings that truth to life.

Compliment: Not just a job.

October 06, 2014
And thank you, David for your inspired work.  You and Serena don’t just have a job – you have a mission.  So glad we can work together.
Marsha Warren Executive Director Paul Green Foundation
Read more 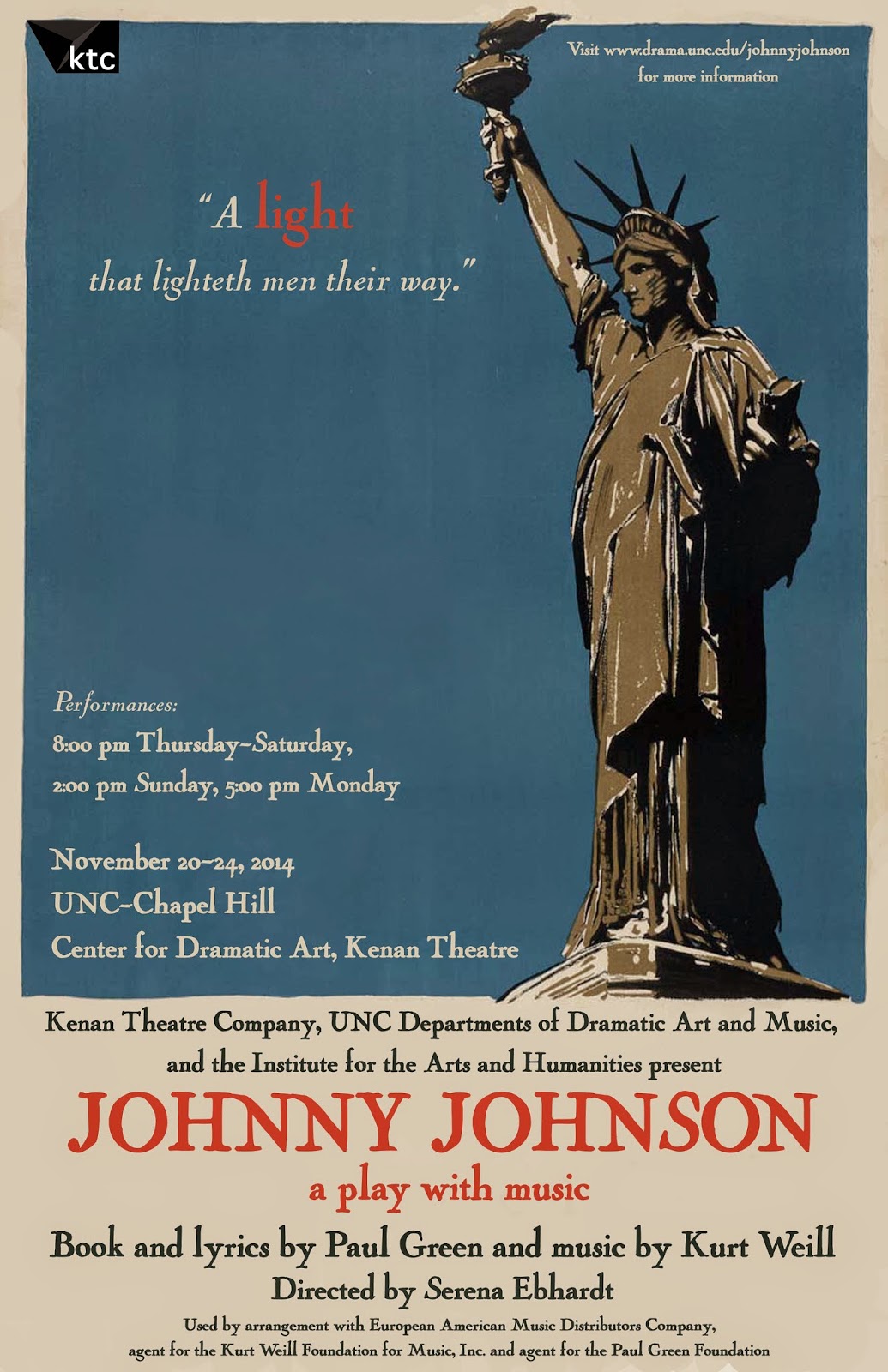 Chapel Hill, NC — The world premiere of the new edition of Johnny Johnson by Paul Green and Kurt Weill, with text and music not heard since 1937, will be staged at the University of North Carolina. Performances will take place in the Kenan Theatre, Center for Dramatic Art on Thursday, November 20th at 8pm, Friday, November 21st at 8pm (post­show discussion), Saturday, November 22nd at 8pm (pre­show symposium), Sunday, November 23rd at 2pm, and Monday, November 24th at 5pm. Tickets are $10, $5 for students. For reservations and information, please visit http://drama.unc.edu/johnnyjohnson/

It is World War I. The United States of America, having pledged to remain neutral, is pulled into the fight in order to make the world safe for democracy “over there.” Lo…
Read more
More posts